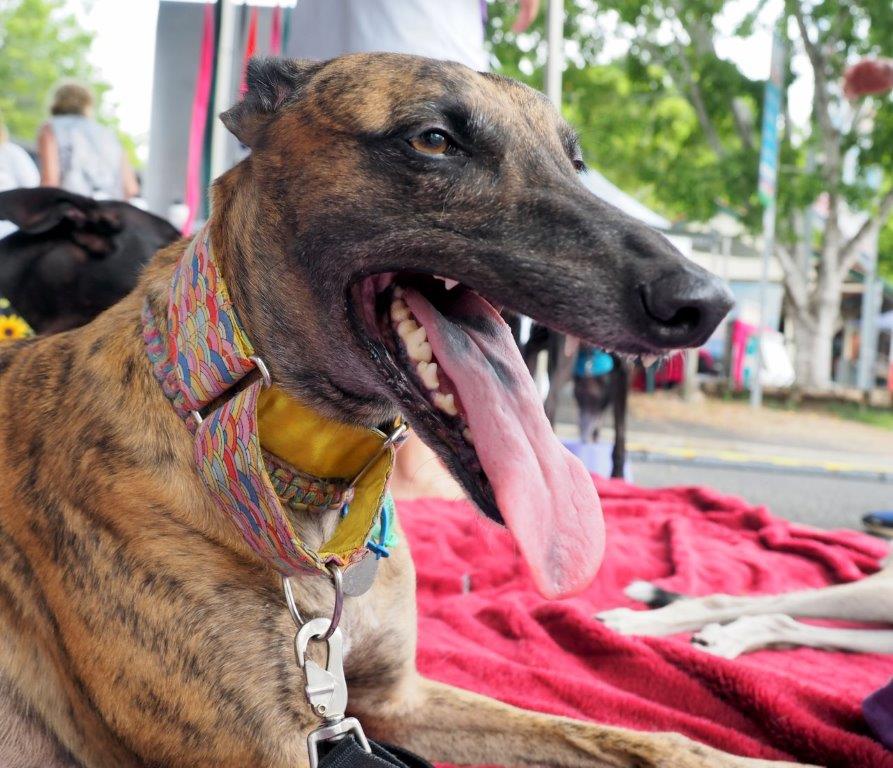 John & Eileen share their story of how quickly they lost beautiful Holly the promo Queen.

We were off to West End Markets, Holly bouncing around like a puppy (she can smell a market!)

She was as good as gold, no problems at all, just normal Holly.

The market got going and Holly greeted people and other dogs as usual but by mid morning I noticed she was limping and carrying her left hind leg.

I felt the leg there was a swelling above the hock and a lump that was firm and warm.

I was thinking Holly had knocked her leg getting in or out of the ute and wasn’t overly worried.

Vanessa was leaving and asked if I wanted her to take Holly home, a great idea.

Holly arrived home too late to go to the vet.

Eileen treated her with anti-inflammatories on Saturday and Sunday.

Then we were off to Anvet first thing Monday.

Rod had a look and wasn’t too impressed, when he examined her she screamed in pain.

Holly had to be anaesthetised for an Xray to be done.

Eileen said to Rod “If it is anything sinister don’t bring her round, call me I’ll be here in fifteen minutes.”

It turned out to be Osteosarcoma and we lost her before lunchtime on Monday 16th July.

May not be a feel good story, but that is how quickly things can happen.”

While we have our hounds by our sides living, breathing and a just a hands stretch away for a pat shower them in all the love and care you can.

You never know when might be their time to cross the rainbow bridge.

Basil & Molly get a second chance