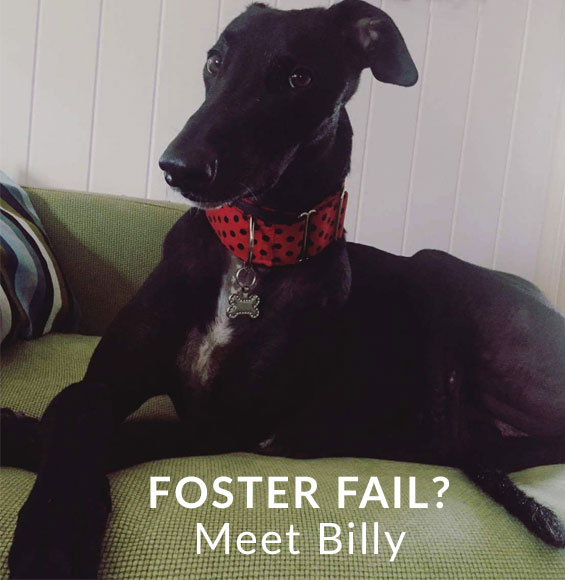 In July 2016 I got a call to collect a new cat friendly foster boy. I already had Barnaby who had just gone through a leg amputation and was undergoing chemo, and Georgie our FOTH girl we adopted December 2013.

As fosters usually are in the first few days, Billy was quiet and very easy. However it didn’t take long for him to come out of his shell. Billy demonstrated to us that he was very very affectionate and people focussed and loved to follow me everywhere (the loo included). It dawned on me that like others before him, he was going to be hard to give up.

I got a call to take him down to a home on the Gold Coast and I drove there with a massive lump in my throat. Goodbyes are so hard.

He met his new mum and dad and his new fur brother, but Billy didn’t want a part of it, so sadly, he came back home with me (though I was secretly relieved). 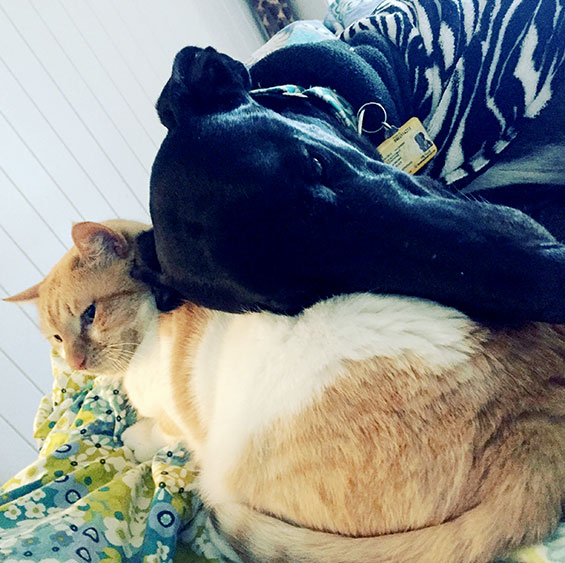 It took until October for me to own up to the fact that he wasn’t going anywhere and I finally admitted that we’re foster failing him. Knowing Barnaby had a terminal Illness, we couldn’t leave Georgie on her own. So we became a three hound household!

The things I love about Billy are his huge size, his extreme affection (he thinks he’s a lap dog and literally lays all over anyone who comes to visit!) and I love the way he is naughty and SO silly! He’s such a character and he is great teaching fosters how to play! He even gets Georgie in on the action these days, and I’m so pleased how close they’ve become. Marmalade (the boss cat) and him have a very odd relationship where they pretty much don’t acknowledge each other’s existence and will actually lay on top of each other. It’s hilarious!

I couldn’t imagine life without him and I’m so glad we foster failed him. I love him so much!

Hound day out – 5 locations across Australia