Great news for greyhounds with the closing of the “flood-ravaged” Lismore track. One of the reasons given was the inability of the track to meet minimum safety standards.

In 2017, the NSW Government gave GRNSW $30m to bring racetracks up to these minimum standards as part of a five year program. They’ve spent $11m to date. So sounds like there will be many other tracks out there that don’t meet these “minimum” standards.

It seems the floods weren’t the only factors in their decision. The Greyhound Recorder reported that:
“The emotional decision was reached after it became clear that the financial toll, lack of security around future flooding, and inability to meet Greyhound Racing NSW (GRNSW) minimum standards, proved too big an obstacle to overcome.”

“Inability to meet minimum standards” – says it all!

The industry apparently have plans to build a new track in the Northern Rivers region. With public support for greyhound racing plummeting, let’s make sure that never happens. 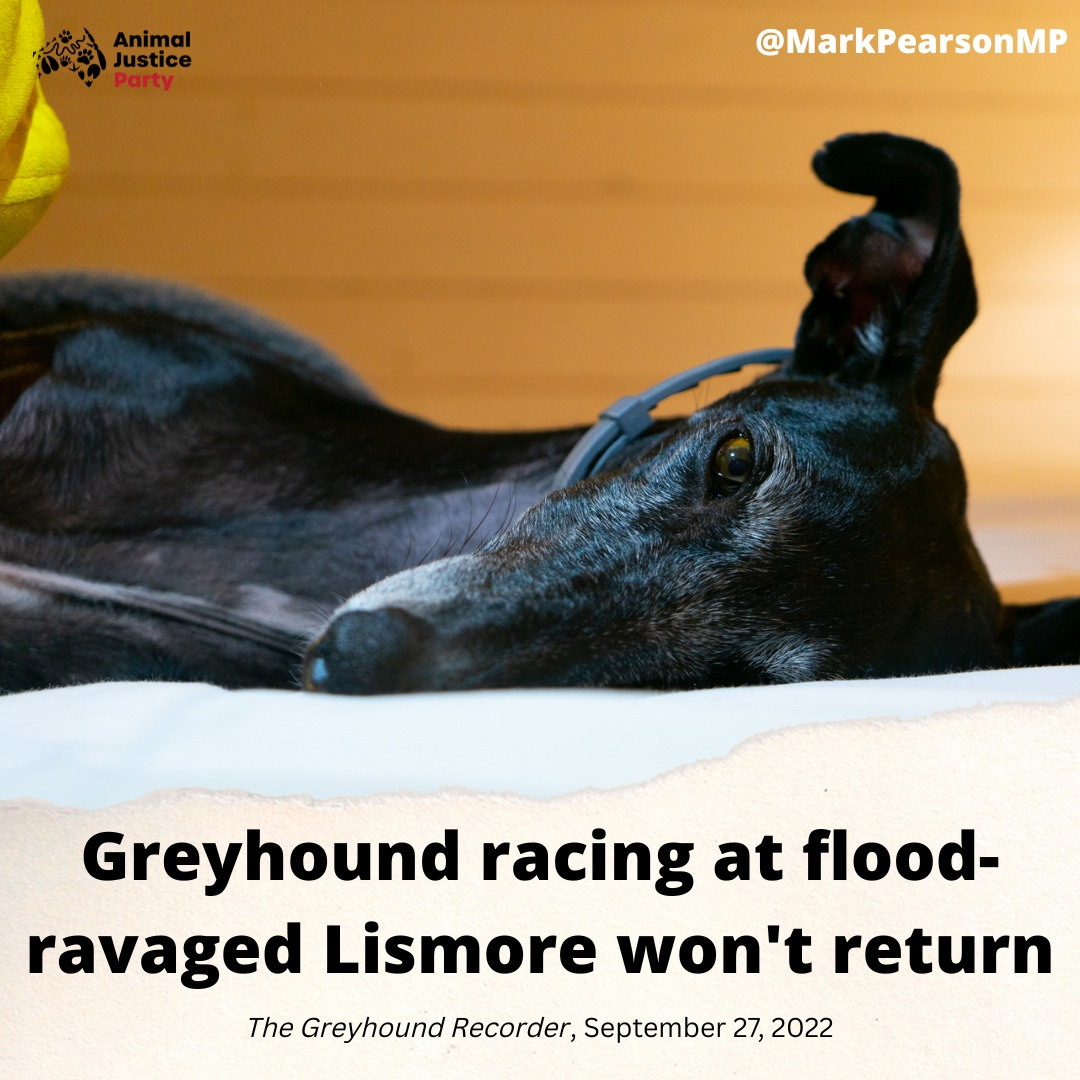